High Speed Linear Actuators: What Qualifies Them as High Speed? 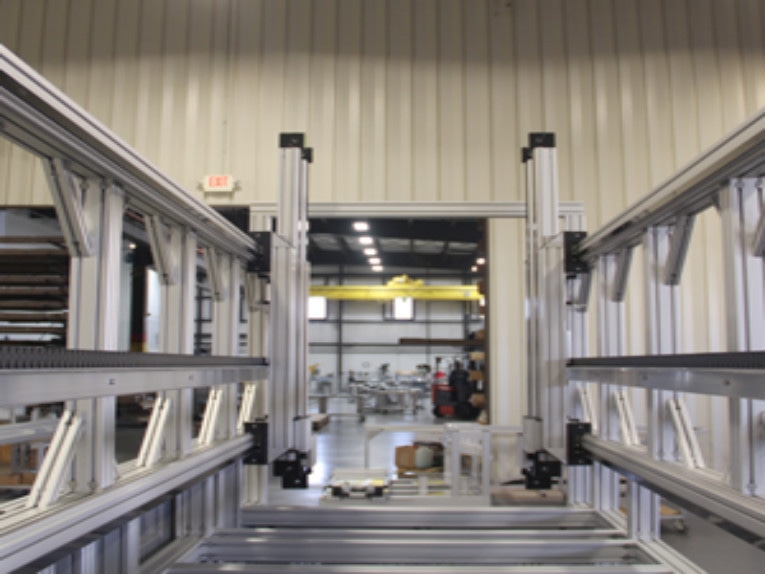 Speed is primarily dependent on the drive mechanism.

Like many terms used in the linear motion industry – “heavy duty,” “miniature,” and “corrosion-resistant,” to name a few – there is no industry standard that specifies what constitutes a “high speed” linear actuator. Nevertheless, there are some general guidelines that manufacturers follow when classifying and marketing their actuators as high speed. These guidelines are typically based on the drive mechanism, actuator type, and even primary use or industry. Understanding these distinctions can help you make an informed decision when your application calls for a “high speed” linear actuator.

The limiting factor of an actuator’s speed capability is typically the drive mechanism. Ball screws and lead screws are limited in speed by their tendency to whip, which is a function of the screw diameter, length, and end bearing arrangement. Because lead screw designs are based on sliding contact and generate high heat due to friction, they often have lower maximum speeds than ball screws of a similar size. So of the screw technologies, actuators based on ball screw drives are more likely to be deemed “high speed” than those based on lead screw drives.

Another factor comes into play when discussing high speed linear actuators: the type of actuator. The “high speed” designation is most often applied to thrust-rod type actuators – also referred to as electric cylinders – since their primary applications involve pushing/pulling and inserting operations, which typically require very short extension and retraction times. These actuators can be either ball screw or lead screw driven, with speeds ranging from 0.1 m/s to over 1 m/s. A few manufacturers even offer belt driven rod-style actuators, which can achieve speeds up to 2.5 m/s.

Slider- or carriage-type actuators (also referred to as rodless actuators) can achieve even higher speeds than rod-type actuators in many cases. But since their primary uses are for positioning and transport, typically with high loads, they are less often marketed as “high speed.” Rodless or slider-type actuators have a wide range of drive options, including lead screw, ball screw, rack and pinion, belt, and linear motor.

Linear motors inherently provide the highest speed capabilities, with no mechanical parts to limit speed or create friction and heat. But when incorporated into a linear actuator, linear motor drives are limited by the speed of the guide mechanism. Similarly, steel reinforced belt drives can achieve speeds greater than 12 m/s, but like linear motors, are limited by the maximum speed of the guide. The most common guide systems used with linear motors and belt drives are recirculating profiled rail bearings, whose maximum speeds typically reach up to 5 m/s. limiting the overall speed of the actuator to 5 m/s or less.

However, higher speeds can be achieved when belt drives are paired with cam roller guides instead of recirculating profiled rail bearings. With preloaded cam roller guides and a properly tensioned, steel-reinforced belt drive, these high speed linear actuators win the race, with travel speeds up to 10 m/s.