The Difference Between Model Predictive Control and Vibration Suppression 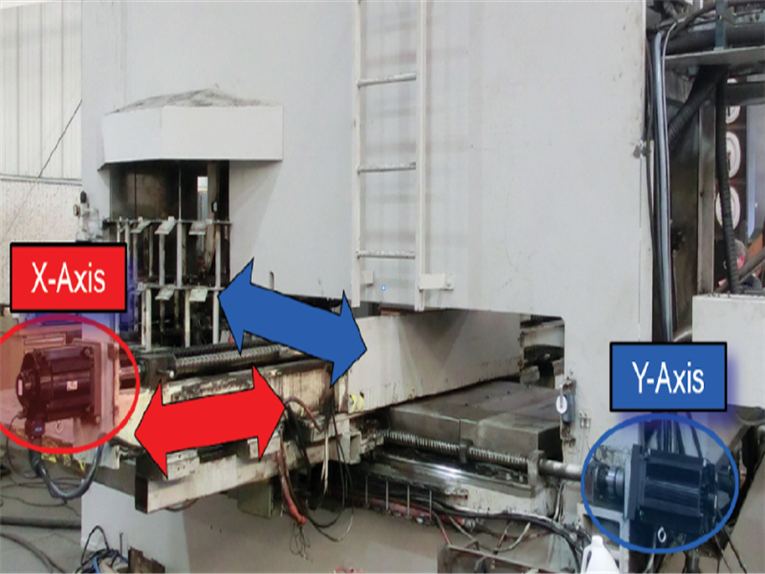 Today’s ac servo systems are much different than those built even 10 years ago. Faster processors and higher resolution encoders are enabling manufacturers to implement amazing advances in tuning technology. Model Predictive Control and vibration suppression are two such advances that can be successfully applied even in complex servo systems.

The servomotor — an electromechanical device — serves as the critical component uniting the two systems. Much can be done within the electrical control system to predict the behavior of the mechanical system.

CPU speed — faster than ever

Faster CPU speed is everywhere, and servo amplifiers are no exception. CPUs that were once cost prohibitive have made their way into servo amplifier design, allowing for more complex and effective tuning algorithms. Ten years ago, it was common to see 100 or 200-Hz bandwidth in the speed loop, whereas today’s speeds can be well above 1,000 Hz.

Beyond solving control loops, faster processors enable servo amplifiers to do onboard realtime analysis of torque, speed, and position in order to discover machine properties that previously could not be detected. Complex mathematical models can now be cost effectively implemented within a servo amplifier to take advantage of advanced tuning control algorithms that go far beyond standard PID tuning.

The basics of model predictive control

In a nutshell, Model Predictive Control uses the past commanded profile to predict future torque and speed. If the speed and torque for a certain move are roughly known, then there is no need to blindly force the move profile through the PID loops, which respond only to error. Instead, the idea is to supply the predicted speed and torque as feed-forward to the servo control loops and let the loops respond to whatever minimal error is left.

For this to work correctly, the amplifier must have a valid mathematical model of the machine, based on properties such as inertia, friction, and stiffness. Then the model’s torque and speed profile can be injected into the servo loops, for increased performance. These models use complex mathematical functions, but thanks to faster processors in the servo amplifier, the motion control industry is starting to see their implementation.

Despite its many benefits, Model Predictive Control has a tradeoff: It works great for point-to-point positioning, but at the expense of time delay during the move. The time element is inherent in Model Predictive Control because the recent past movement is used to predict the future response. Because of this delay, the exact command profile from the controller may not be followed; instead, a similar profile is generated that produces fast positioning time at the end of the move.

One of the most useful aspects of MPC is the ability to model, predict, and suppress low frequency vibration in the machine. Vibration can occur in a machine at frequencies from single-digit Hz into the thousands of Hz. Low-frequency vibration in the 1s and 10s of Hz — often noticeable at the beginning and end of a move — is particularly troublesome because it is within the machine’s operating frequency.

Certain equipment configurations (for example, a machine with a long and slender gripper arm) tend to exhibit this low-resonant frequency more than others. Such vibration-prone designs may be required for length, perhaps for inserting a part through an opening. Also prone to vibration are large machines, which tend to be made of big parts that oscillate at lower frequencies. With these types of applications, oscillation appears in end-of-move motor position. Vibration suppression technology in the servo amplifier significantly reduces such machine oscillation.

MPC in a dual-motor servo system

The application of MPC to a single-axis actuator is straightforward, and deviation from the exact commanded profile is unimportant for point-to-point motion. However, when one servo axis is mechanically linked to another, their motion profiles affect each other. A dual-motor ballscrew actuator is one such configuration.

This dual-motor configuration can be advantageous in larger applications for which the torque required to accelerate the motor’s rotor is significant and a single, bigger motor would be incapable of the torque and acceleration required. From a tuning point of view, the critical factor is that two relatively large servomotors are positioning a heavy load, and operating at nearly full rated torque and speed. If the motors become unsynchronized, their torques will be wasted on essentially fighting one another for position. However, if the gains of both servos are equal, then Model Predictive Control delays are also equal and the motors remain in sync with each other.

The first step in tuning an application like this is to physically remove one of the motors and tune the system as usual with just one motor. One servomotor is enough for stable axis control, but not enough torque to run the required profile. In this case, the manufacturer’s auto-tuning sequence is used, which sets an inertia parameter and enables the Model Predictive Control feature. Note: The system gain found with one motor must ultimately be shared equally by both motors. The inertia parameter makes this step easy because it acts as a scale factor to the servo loop gains, and so it is set to half of the original tuning result in each amplifier. The rest of the tuning result can then be copied from axis one to axis two. The final adjustment is to remove the integration component from axis two — assigning the second motor the role of “acceleration assist,” and leaving the small integration corrections to motor one alone.

The tuning concept for such an application involves two phases. The first phase is to tune each axis individually using the manufacturer’s provided auto-tuning feature as a starting point, and enable Model Predictive Control. Vibration suppression is also applied. At the end of this phase, each axis has a clean and smooth response with minimal vibration.

In the second phase, the axes are run together, monitoring the error during a “dry run” from the controller’s perspective. Starting with the MPC gains set as equal, trial and error will determine the best settings for an MPC gain that balances low position error, equal position error, and smooth motion. The concept is that if the position error is the same, then both axes are delayed by the same amount of time, and the part is cut to correct dimensions even though position error is high during motion.