When Do You Need a Gantry Robot? 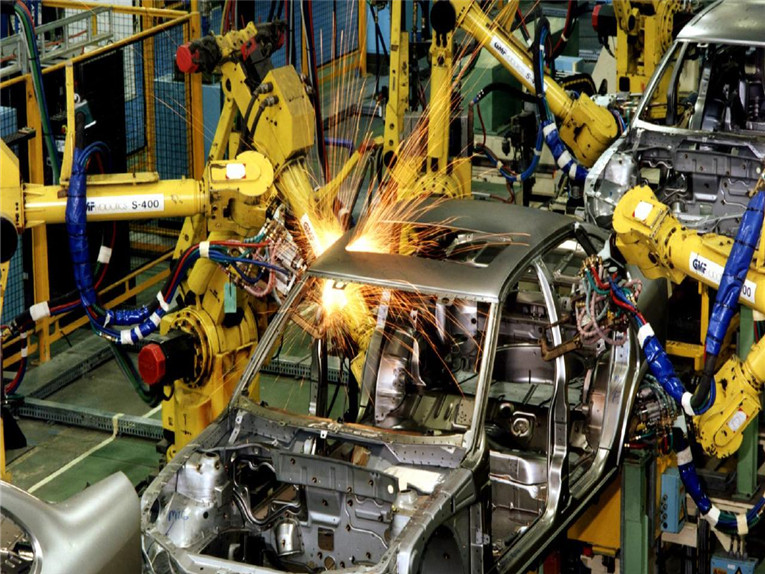 When you think of an industrial robot, what comes to mind?

Articulated robots like these are widely recognized, thanks to car company commercials and robot dance sequences. SCARA (Selective Compliance Articulated Robot Arm) robots are also well-recognized due to their adoption and proliferation in factories since the early 1980’s. Both of these – articulated and SCARA robots – combine linear and rotary motion, resulting in maneuverability for complex tasks. Articulated robots are analogous to the human arm, with six axes of motion – three translational (linear) and three rotational (think of your shoulder, elbow, and wrist). SCARA robots have four axes of motion – X, Y, Z, and theta (somewhat like your arm, if your shoulder were immobilized).

Less prevalent in popular culture, but ubiquitous in industrial applications ranging from packaging to semiconductor manufacturing, are Cartesian robots. As their name implies, these robots work in the three Cartesian axes – X, Y, and, Z – although they can include a theta axis for end-of-arm tooling. While less “sexy” than articulated and SCARA robots, Cartesian robots are much more versatile, with higher load capacities for their size, and in many cases, better precision. They’re also highly adaptable, as the axes can be upgraded or changed with relatively little reconfiguration to suit evolving product or application requirements.

Cartesian robots, however, are constrained by their inherently cantilevered design, which limits their load capacity. This is especially true when the outermost (Y or Z) axis has a long stroke length, causing a large moment load on the supporting axes. In cases where long strokes and high loads are required, a gantry robot is the best solution.

From Cartesian to Gantry:

A gantry robot is a modified style of Cartesian robot, using two X (or base) axes rather than the single base axis found in Cartesians. The additional X axis (and sometimes additional Y and Z axes) allows the robot to handle larger loads and forces, making them ideal for pick and place of heavy payloads or parts loading and unloading. Each axis is based on a linear actuator, whether it’s a “homemade” actuator assembled by the OEM or integrator, or a pre-assembled actuator from a linear motion company. This means that there are almost limitless options to allow for any combination of high speeds, long strokes, heavy payloads, and high positioning accuracy. Special requirements for harsh environments or low noise are easily incorporated, and if the application requires simultaneous but independent processes to take place, the horizontal axes can be built with linear motors using multiple carriages.

Gantry robots are typically mounted over the working area (hence the common term, “overhead gantry”), but if the part is not suitable for handling from above, as is the case with solar cells and modules, the gantry can be configured to work from below the part. And while gantry robots are typically thought of as very large systems, they are also suitable for smaller, even desktop-sized machines.Because a gantry robot has two X, or base, axes, the moment load presented by the Y and Z axes, as well as the working payload, are resolved as forces on the X axes. This significantly increases the system’s stiffness, and in most cases allows the axes to have longer stroke lengths and higher speeds than a similar Cartesian robot.

When there are two axes in parallel, it’s common for only one of them to be driven by the motor, in order to prevent binding that could result from slightly out-of-sync motion between the two. Instead of driving both axes, a connecting shaft or torque tube is used to transfer motor power to the second axis. And in some cases, the second axis can be an “idler” or follower, consisting of a linear guide to provide support for the load, but no drive mechanism. The decision of whether and how to drive the second axis depends on the distance between the two axes, the rate of acceleration, and the stiffness of the connection between them. Driving only one in a pair of axes also reduces cost and complexity of the system.

Sizing a Cartesian or gantry robot is more complicated than sizing a SCARA or articulated robot (which are typically specified with three parameters: reach, speed, and accuracy), but manufacturers have made the process easier over the past several years by introducing preconfigured systems and online tools, such as Rexroth’s EasySelect configurator or Adept’s 3D Linear Modules Builder. These tools allow the user to specify the orientation and size of the axes, as well a basic stroke, load, and speed parameters. Downloadable CAD files are also a standard offering from Cartesian and gantry robot manufacturers, making them easy to integrate into a design or workflow layout, much like SCARA and articulated robots.While articulated and SCARA robots are easily recognized, and Cartesian robots are widely deployed, the gantry design overcomes their inherent limitations in load, speed, reach, and repeatability, with an unmatched level of customization and flexibility.In a word, gantry robots offer the best combination of payload and stroke.