Five Things to Consider When Choosing a Linear Actuator 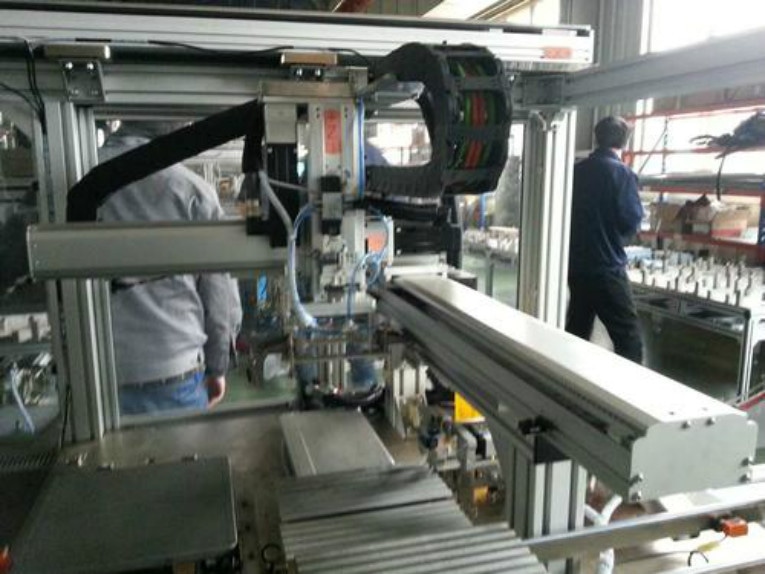 You’re working on an application that requires linear motion – maybe it’s a pick-and-place assembly system, a packaging line, or a gantry for material transfer – but designing your own actuator from scratch, sourcing the various parts, mounting and aligning the components, and implementing a maintenance system is not an effective use of your time. You begin looking at pre-designed and pre-assembled linear actuators, but there are so many options regarding type, size, and operating principle that it’s hard to know where to start in your selection.

The first step in narrowing down the field is to choose which drive mechanism is best for your application. Most manufacturers offer at least two drive options, with toothed belt and ball screw being the most common, while pneumatic and linear motor drives serve niche applications. Below are five factors that will help guide your choice between the two most common types of actuator – toothed belt and ball screw.

The distance the actuator needs to move in one direction, known as the stroke length, is the first requirement to consider in choosing between ball screw or belt drive. Ball screw actuators are commonly found at lengths of 1000 mm or less, although larger diameter ball screws can be used at lengths up to 3000 mm. This limit is governed by the screw’s critical speed. As a screw’s length increases, its critical speed, or the speed at which the screw begins to encounter bending vibrations, decreases. Simply put, as a screw gets longer and turns faster, it begins to “whip” like a jump rope.

For actuators with toothed belt drive, the ability to tension the belt limits the maximum length. By using belts with larger width (more contact area) and higher tooth pitch, belt drive actuators are commonly found in applications requiring a stroke length of 10 to 12 meters.

The second critical factor in choosing an actuator is speed. The maximum speed for most belt drive actuators is 5 m/s. This limit is influenced by the guide system, which most commonly employs recirculating bearings. For applications that require higher speeds, up to 10 m/s, a belt drive can be used in conjunction with preloaded wheels or cam rollers rather than recirculating bearings.

As mentioned above, in a ball screw drive actuator, as the length increases, the critical speed decreases. In general, ball screw actuators can reach speeds up to 1.5 m/s at stroke lengths less than 1 meter. Ball screw supports can provide additional rigidity by reducing the unsupported length of the screw, allowing the actuator to reach higher speeds and longer lengths. When considering ball screw supports, consult the manufacturer for assistance in performing the necessary speed and length calculations.

Ball screws, particularly if they are preloaded, have better positioning accuracy than belt drives due to their rigidity. However, the “inaccuracy” in positioning can be measured and compensated for in the actuator’s control system. For this reason, repeatability (the ability to reach the same position with each stroke) often becomes the most important factor in high-precision applications. For high repeatability, the rigidity of the drive mechanism is critical, making a preloaded ball screw and nut assembly the better choice.

In some cases, the direction in which the actuator is mounted will dictate which drive mechanism is best. Both belt and ball screw drives are suitable for horizontal and inclined mounting orientations, but applications that require vertical mounting need more careful evaluation.

While every system that is moving a load vertically needs built-in safety mechanisms, ball screw drives are often seen as safer than belt drives for carrying vertical loads. This is because ball screws, depending on the load, screw lead, and friction in the system, are reluctant to back drive, or “free fall” if there’s a failure of the brake or catastrophic damage to the system. When a belt drive actuator is required in a vertical application, an external brake or counterweight should be seriously considered.

The primary cause of failure for linear actuators is lack of lubrication. Both ball screw and belt drive actuators require that the guide system be lubricated periodically, but ball screws introduce another component that must be monitored for proper lubrication. Some manufacturers have addressed this by providing systems that are lubricated for life (with life being defined as a set travel distance or number of revolutions, with a given load, speed, and environment), but many applications fall outside these specified parameters and will require lubrication at some point during their intended lifetime.

Although belt driven actuators have the benefit of fewer components to maintain, when the environment contains dust or chips, look for an actuator design that minimizes the potential for contamination to enter the pulley housings. This will ensure longer life for the pulley bearings and reduce wear on the belt itself.

Both belt drives and ball screw drives have performance benefits. When making an initial selection, remember that belt drives are typically the better choice for long stokes and high speeds, while ball screw drives are better for applications that require high repeatability or vertical mounting. In some applications, either drive mechanism will meet the criteria outlined above. In these cases, the manufacturer can guide you in choosing the right actuator based on more advanced factors, such as acceleration, settling time, or environmental conditions.