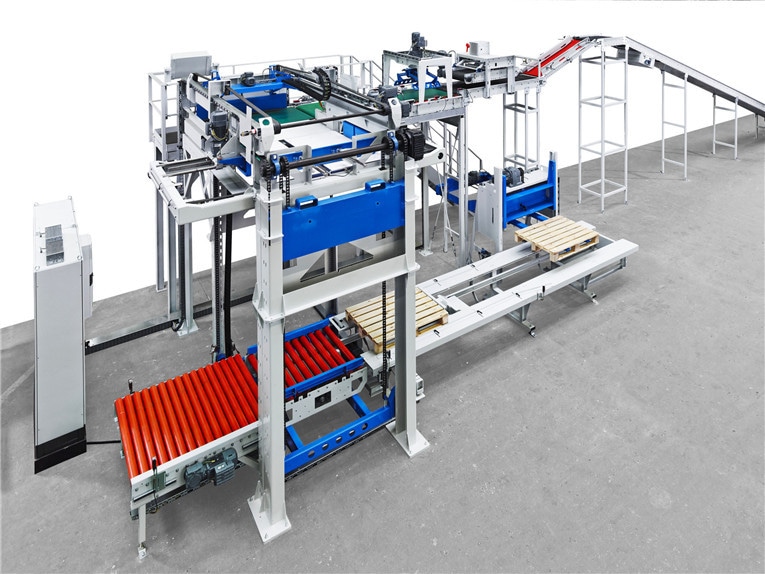 Linear rails are the backbone of many industrial applications, providing low-friction guidance and high stiffness for loads that can range from just a few grams to thousands of kilograms. Their range of sizes, accuracy classes, and preloads make linear rails suitable for virtually any performance requirement.

The reasons for using linear rails are numerous, but their most obvious benefits over other types of guides are load capacity, travel accuracy, and rigidity. For example, round shaft guides can withstand only downward or liftoff loads, whereas linear rail guides can withstand both downward/liftoff loads and moment loads. And unlike crossed roller guides, whose travel is often limited to 1 meter or less, linear rails can provide very long travel lengths. When compared to plain bearing guides, linear rails have higher stiffness and rigidity, and often have better load/life characteristics.

Linear guides also provide a high level of travel accuracy, thanks to precise machining of one or both edges of the rail, which act as reference surfaces. And with two, four, or six rows of rolling elements – either spherical balls or cylindrical rollers – stiffness is high and deflection of the bearing block is minimal. All of these attributes combine to provide a linear guide system that is perfectly suited for applications that require high precision, high rigidity, and long life.

Because linear rails have load-supporting balls (or rollers) on each side of the rail, they can withstand overhung loads, even when just a single rail is used. (In contrast, round shaft linear guides must be used in pairs when overhung loads are present.) Because of this feature, numerous applications use a single linear rail, to save space or to prevent issues with misalignment among other components in the system. Here are a few examples of applications that use a single linear rail…

Linear actuators – Linear rails are often the guide mechanism of choice for actuators that are driven with belts, screws, or pneumatic cylinders, because of their ability to withstand moment loads. They can also accommodate travel speeds up to 5 m/s, which is important in belt or pneumatic driven systems.

Gantry robots – The defining feature of a gantry is that it has two X (and sometimes two Y and two Z) axes. The individual axes typically incorporate a single linear rail and are driven by a screw or a belt and pulley system. With two axes working in parallel (X and X’, for example) very good moment capacities are realized, even though each axis has just one linear rail.

When high moment loads are present, linear rails can be used in pairs, which allows the moment load to be resolved into forces on the bearing blocks. In this configuration, the drive mechanism can be mounted between the linear rails, making the overall system very compact. Dual linear rail applications include:

Linear stages – Stages are typically very high precision systems, meaning that high travel accuracy and minimal deflection are paramount. Even if the load is centered on the stage with little or no moment loading, dual linear rails are often used to ensure that stiffness and bearing life are maximized.

Cartesian robots – Because Cartesian robots typically use just one linear system per axis, it’s important that each axis can withstand high moment loads. This is why most Cartesian robot axes are constructed from linear actuators that incorporate two linear guides in parallel.

Robot transport units – Six-axis robots provide flexible motion for applications that require reach and rotation in many directions. But if the robot needs to move to another station or work area, dual-rail systems can act as a “seventh axis,” transporting the entire robot to a new location. A significant benefit of linear rails in these applications is the ability to join multiple rails for very long travel lengths – often exceeding 15 meters.

Of course, linear rails aren’t the perfect solution for every application. For example, linear rails aren’t generally suitable for applications in the consumer space – such as door guides and drawer slides – often due to cost. And linear rails require very precise mounting surfaces, not only to reap the benefits of their high travel accuracy, but also to avoid binding of the bearing block, which can lead to reduced life. They must also be fully supported, unlike linear shaft systems, which can be only end-supported. This means that not only is the up-front cost of a linear rail typically higher than that of a round shaft or plain bearing system, the cost of preparation and mounting is also higher.

Linear rails can also be perceived as less smooth, or “notchy,” in their running properties than other bearing types. This is because of the contact that occurs between the load-carrying balls (or rollers) and the raceways. Preloading a linear rail system, which is often done to increase stiffness, can exacerbate the feeling of “notchiness” when the bearing block is moved along the rail. (This effect goes away as load is applied to the bearing, but the perception often remains.)

For applications that don’t require the load capacity, stiffness, or travel accuracy of a linear rail, other linear guides – such as round shaft systems, plain bearing guides, or even crossed roller slides – may be suitable and less expensive.