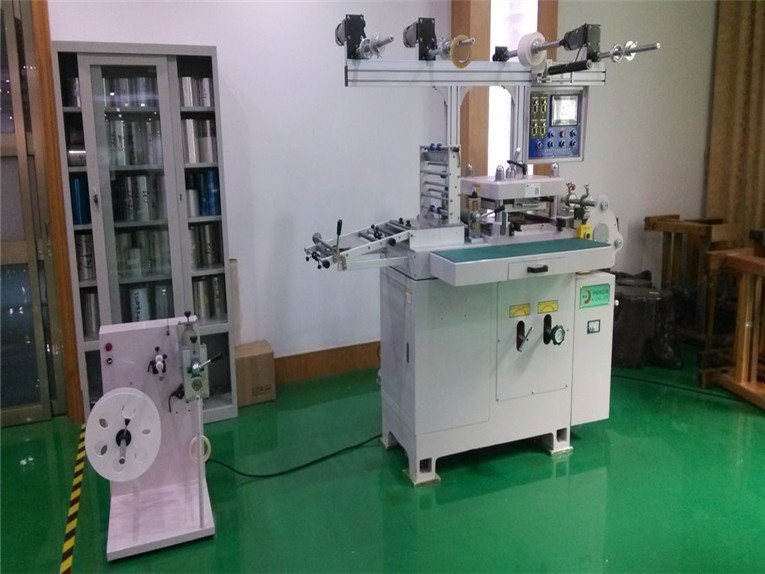 This industrial equipment includes a base, a knife holder on the front mouth, a cross beam, two sets of symmetrically mounted upper knife seats and a lower knife seat. The two ends of the knife holder and the crossbeam at the front mouth are screwed together with two symmetrical Z-shaped connecting blocks to form a frame structure. The handles and blocks on the two edges of the knife holder are fixed on the crossbeam. The utility model is characterized in that six posts are installed at both ends of the base and the lower knife seat, and two holes are opened at both ends of the knife seat at the front mouth. Each hole is set on the post installed on the base and is installed between the posts. Two linear bearings are arranged up and down, and two holes are also formed on both ends of the blade seat on the edge. Each hole is set on a column installed on the lower knife seat and two linear lines are arranged between the columns. The bearing, the upper knife seat on the front mouth and the knife seat on the two sides can be reciprocated up and down along the column. This three-side cutter trimming mechanism using linear bearing positioning has a higher positioning accuracy and is easier to install and adjust.