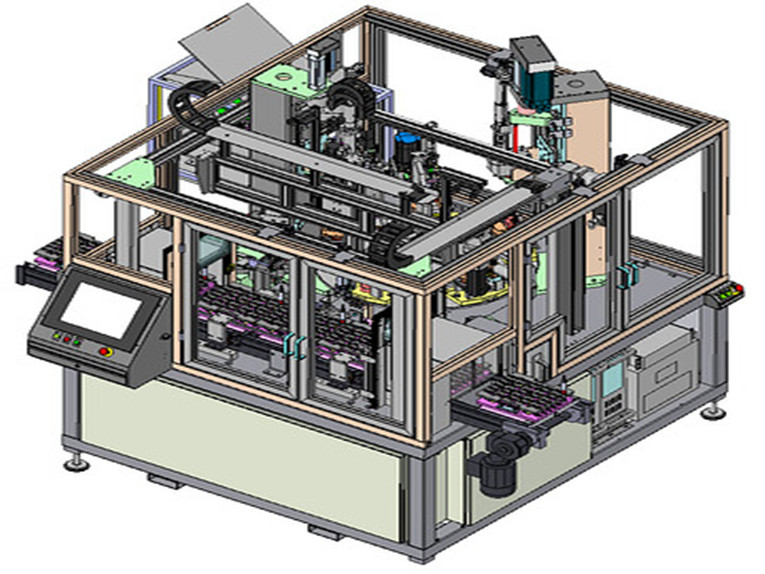 Mechatronic robots that use linear axes for movement are called Cartesian robots, linear robots, or gantry robots. Gantry robots look similar to gantry cranes and operate similarly. But gantry robots are not limited to lifting and moving functions. They can have custom functionality as per the requirement.

How Do They Function?

Cartesian robots only move through linear motion, generally through servomotor drives. The linear actuators used can be in various forms according to the specific application. The drive system can be belt-driven, cable-driven, screw-driven, pneumatic-driven, rack-and-pinion-driven, or linear-motor-driven. Some manufacturers provide completely pre-made Cartesian robots that can be implemented without any modifications. Other manufacturers offer different components as modules, allowing the user to implement a combination of these modules according to their specific use case.

The robotic arms themselves can be equipped with “vision” or can be “blind” in operations. They can be attached to light sensors or cameras to identify the objects before executing an action. For example, Cartesian robots can be used in laboratories to pick and move samples. Computer-aided vision can be used to recognize the test tube, pipettes, or slides and the arm can grab the object according to the position data conveyed from the camera.

Cartesian robots have a higher payload carrying capacity compared to their equivalent six-axis robots. This, combined with the lower cost and ease of programming for linear robots, makes them suitable for a large variety of industrial applications. Gantry robots, which are essentially Cartesian robots with supporting scaffolding, can carry even higher payloads. The range of movement for linear robots can be extended by adding compatible modules to the existing mechanism. This modularity in Cartesian robots makes them much more versatile and has a longer life in an industrial setting.

Cartesian robots also exhibit a high level of accuracy and precision compared to their rotary counterparts. This is due to the fact that they only have linear motion and no need to accommodate rotary motion. Cartesian robots can have tolerances in the range of micrometers (μm), whereas six-axis robots generally have tolerances in the range of millimeters (mm).

The versatility, lower cost, and ease of programming make Cartesian robots viable for many applications in industrial settings. Let us have a look at some of them.

There are many more industrial applications for linear robots. These include dispensing agents, assembler and tester base machines, insertion units, stacking devices, sealing automation, material handling, storing and retrieving, cutting, scribing, and sorting.