What is ratcheting in synchronous belt drives? 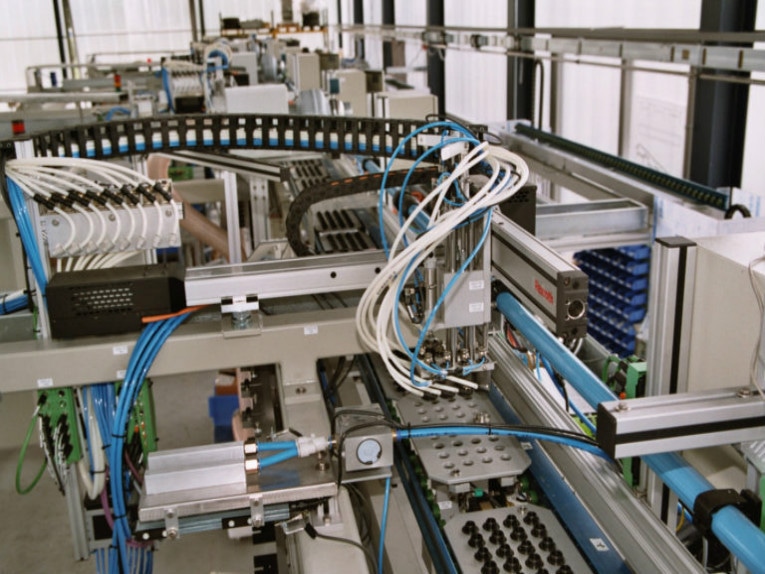 Proper tension of synchronous belts is the tension at which the belt will transmit the required power without ratcheting when the drive system experiences full load.

Synchronous belts (also referred to as toothed, cogged, timing, or high torque belts) use profiled teeth that mesh with a pulley or sprocket to deliver power transmission – most notably for applications that require high torque. Where V-belts rely on friction between the sidewalls of the belt and the sides of the pulley to transmit power, synchronous belts rely on the engagement between pulley teeth and belt teeth to transmit power.

While synchronous belts can transmit high torque without slippage when properly tensioned, using a belt with insufficient tension for the required operating parameters can cause the belt to jump teeth – a condition known as belt ratcheting.

Synchronous belts have three general tooth profiles: trapezoidal, curvilinear, and modified curvilinear. Trapezoidal profiles are arguably the most common and provide good force capabilities with low backlash. Curvilinear (also referred to as “high torque drive”) profiles have a geometry that is rounder and deeper than trapezoidal profiles, with a higher flank angle and greater contact area. This allows for better stress distribution and higher overall loading on the belt, but at the expense of higher backlash.

Modified curvilinear tooth profiles have a smaller tooth depth and an even greater flank angle, which provides the highest load carrying capacities of the three tooth profiles. But one of the primary advantages of this design is that the areas of the belt between teeth share load-carrying duties with the teeth that are engaged in the pulley. This gives modified curvilinear belts the best anti-ratcheting properties, even under extremely high loads.