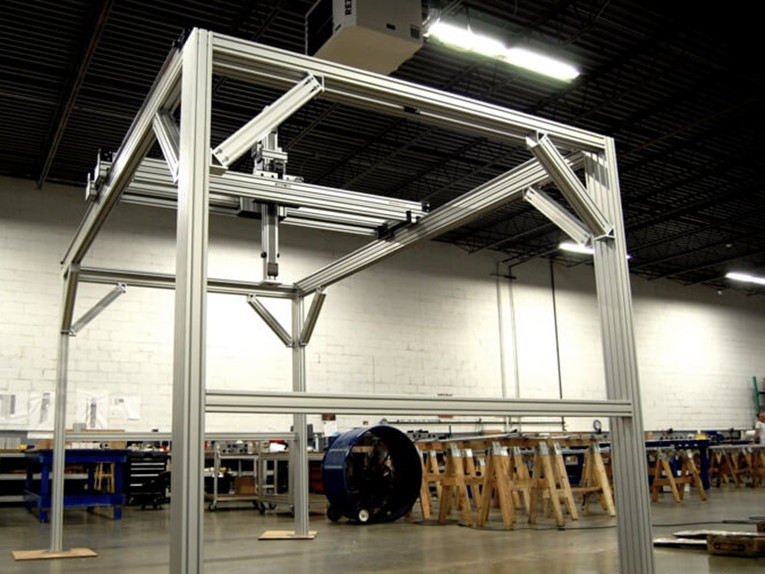 Designing comprehensive automation for high-speed pick-and-place applications is among the most challenging tasks faced by motion engineers. As robotic systems become more complex and production rates climb ever higher, system designers must keep up with the latest technologies or risk specifying a less than optimal design. Let’s review some of the latest technologies and components available, plus take a close look at where they find use.

Industrial robot arms are not usually known for being light on their feet. Rather, most have substantial constructions that must support heavy end-of-arm tooling. Despite the advantages of a sturdy design, these robotic arms are too heavy and bulky for delicate applications. To make nimbler arms more appropriate for light tasks, engineers from igus Inc., working in Cologne, Germany, set out to develop a multi-axis joint to allow small loads to swivel around a jib. The new joint is well suited for delicate pick-and-place applications where the gripper force can be adjusted as needed.

Flexibility and light weight are key design parameters for the new joint, which consists of plastic and cable controls.  In short, cables are moved from the arm’s shoulder joint by FAULHABER compact brushless dc servomotors, which prevents inertia in the arm, facilitates dynamic movement, and minimizes the design footprint.

Engineers based much of their design on the human elbow joint, so two DOFs — rotation and swivel — are combined into a single joint. Similar to a human arm, the weakest part of the robot arm is not the bones (the robot arm’s body tube) or muscles (the drive motor), but the tendons, which transfer power. Here, high-tension control cables are made of a super-strong UHMW-PE polyethylene material featuring a tensile strength of 3,000 to 4,000 N/mm2. Beyond traditional robot arm functions such as pick-and-place applications, the joint is also well suited for special camera fittings, sensors, or other tools where lightweight construction is required. A magnetic angle position sensor is built into every joint for high precision.

The electronically commutated servomotors feature a low moving mass suitable for dynamic use: The 24 Vdc operating voltage is designed for battery power, crucial for use in mobile applications, while the 97 mNm motor torque increases the diameter-compliant planetary gearheads to the values required for arm operation. What’s more, these brushless drives have no wearing components besides the rotor bearing, ensuring a service life of tens of thousands of hours.

Beyond traditional packaging and assembly operations, pick-and-place is also proliferating in high-speed lab automation. Imagine manipulating millions of bacteria samples every day and you’ll have an idea of what today’s biotech labs are expected to handle. In one setup, an advanced linear motion system is enabling a biotech laboratory robot called RoToR to pin arrays of cells at record-breaking speeds of more than 200,000 samples per hour. RoToR hails from Singer Instruments, Somerset, UK, and is used as a benchtop automation system for genetic, genome, and cancer research. One of these robots often services several different labs, with scientists reserving short time slots for replicating, mating, re-arraying, and backing up bacteria and yeast libraries.

A real-time controller handles the three motion axes that coordinate the robot’s point-to-point pinning moves, as well as a sample-handling axis, and also interfaces with the robot’s GUI. In addition, the controller also manages all I/O channels.

Besides the controller, Baldor also supplied a linear servomotor and drive and three integrated stepper motor and drive modules. The robot makes point-to-point transfers from source to destination plates along a linear servomotor axis that runs along the machine’s width. This axis supports a two-axis stepper motor head that controls the pinning action. In fact, the combined X-Y-Z motion can even stir samples using a complex helical motion. The separate stepper motor axis controls the pinheads’ loading mechanism. Pneumatic grippers and rotators control other machine movements, such as the pickup and disposal of pinheads at the beginning and end of operations.

Singer originally intended to use a pneumatic drive for the main transverse axis, but this design couldn’t supply the desired positioning resolution or speed, and was too noisy for a lab environment. That’s when the engineers began to consider linear motors. Baldor created a custom brushless linear servomotor with mechanical modifications to the linear track, allowing it to be supported only at its ends, rather than along its length — so the motor’s forcer acts as an X-axis gantry that carries the Y and Z axes. Finally, the linear motor’s magnet design minimizes cogging to allow smooth motion.