What is the Difference Between Industrial Robots? 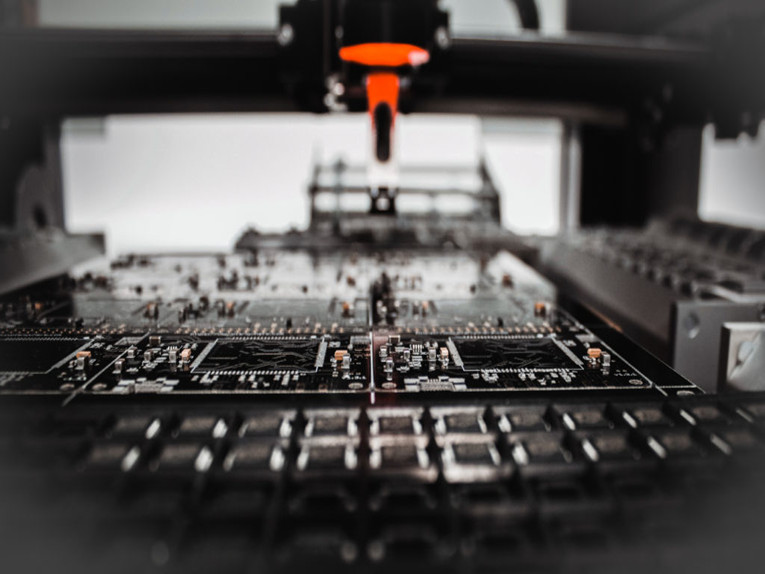 As the world of robots expands in the industrial space, it’s prudent to get to up to speed on the multiple types available and their capabilities.

In today’s industrial automation field, robots handle difficult, dangerous, and repeated tasks. These jobs include the lifting of heavy objects, pick and placing of parts, assembly of components, or assisting manual labor in sorting products. Robots can be grouped into several categories depending on their movement, degrees of freedom, axes of rotation, and function.

Stationary robots are those that perform their task without changing positions. The term “stationary” is more associated with the base of the robot and not the whole robot. The robot moves above the base to perform the desired operation. These robots manipulate their environment by controlling the position and orientation of an end-effector. End-effectors could be a drilling, welding, or gripper device.

Cartesian, or gantry, robots (also known as rectilinear robots) have three linear joints that use the Cartesian coordinate system. They operate within the x-, y-, and z-axis by using linear guide rails. These guide rails help translate the end-effector into the correct position by moving the each linear guide rail in the corresponding axis. These robots are typically used for pick-and-place work, application of sealant, assembly operations, or handling machine tools and arc welding.

A cylindrical robot has at least one rotary joint at the base and at least one prismatic joint to connect the links. Along the joint axis, the rotary joint uses a rotational motion; along the prismatic joint, it moves in a linear motion. Their movements occur within a cylindrical-shaped work envelope. Cylindrical robots are used for assembly operations, handling of machine tools and die-cast machines, and spot welding.

These are also known as polar robots. The arm is connected to the base with a twisting joint, and has a combination of two rotary joints and one linear joint. The axes of the combined joints form a polar coordinate system and operate within a spherical-shaped work envelope. These robots are used for handling of machine tools, spot welding, die casting, fettling machines, and gas and arc welding.

SCARA robots are primarily used for assembly applications. The compliant arm, which is cylindrical in design, is comprised of two parallel joints that provide it with compliance in one selected plane. These robots are used for pick-and-place work, application of sealant, assembly operations due to the nature of its movement, such as jobs that require drilling or tapping assemblies and handling of machine tools.

Robotic arms, or articulated robots, feature rotary joints that can range from a simple two-joint structure to a complicated structure with 10 or more joints. The arm is connected to a base that has a twisting joint. Rotary joints connect the links in the arm; each joint is a different axis and provides an additional degree of freedom. Industrial robotic arms have four or six axes. Such robots are primarily used for assembly operations that require heavy lifting or dangerous movements, die-casting, fettling machines, gas and arc welding, and applying paint.

Parallel robots are also known as delta robots. They are built from jointed parallelograms connected to a common base. The parallelograms move a single end of arm tooling in a dome-shaped envelope. They are used primarily in the food, pharmaceutical, and electronic industries. The robot itself is capable of precise movement, making it ideal for pick-and-place operations, such as drug- and food-sorting jobs.

Wheeled robots are vehicle-based and change their position with the help of a drive system or track system. Such robots are easy to construct mechanically and they have a low associated cost. Easy to move around, these robots operate in different environments and come in various forms, including single-wheel, two-wheeled, three-wheeled, four-wheeled, multi-wheeled, and tracked.

Targeted at unmanned ground vehicle operation, the design can handle a large variety of loads and scale most terrain, thanks to its patented Safeguard Joints. The joints help stabilize the platform over difficult terrain, ensuring that it is able to climb steps without flipping over. It can be used in uneven terrain, as well as to transport equipment in a warehouse or office building. The robot is customizable, meaning users can add sensors, robotic arms, or different payloads to complete a task.

Legged robots are also mobile robots, but with more complicated movement. The robots feature motorized leg appendages to control their locomotion, allowing them to perform effectively on uneven ground. These robots tend to cost more, though, due to their complexity. Varieties of legged robots include one-legged, two-legged/bipedal (humanoids), three-legged/tri-pedal, four-legged/quadrupedal, six-legged (six-legged hexapod), and robots with many legs.

It was required to perform complex tasks such as driving a car, cutting holes into walls, opening doors, and negotiating difficult and uneven terrain. The robot operates on two legs, but benefits from being able to utilize rollers built into the knees.

Several robot designs are based on animal movement. Robots that can either swim or fly are inspired by fish and birds. Robots exemplify this trend—they help in the study of how to use nature’s natural mechanics in current automation.

Swarm and modular robots are comprised of a series of robots. Swarm robots consist of multiple smaller robots that operate as cooperative modules. However, they do not create a single united robot. Modular robots also feature multiple robots and are more functional than a robotic swarm. A single module can have self-mobility and operate alone. Modular robots are useful for jobs that require significant coverage due to their versatile configurations.